You may have heard a conversation between an American-Spanish actor and his co-star in a movie, using English mix with Spanish or a news anchor using both Asian language mixed with English. This is Code-Switching. In this article, we will discuss about what it is and how we handle it in the translation business.

Code-switching refers to the practice of shifting the languages used in your daily life. Linguistically, it is the simultaneous use – phonologically and syntactically – of more than one language. Usually, code-switching happens unconsciously among people who have mastered two languages. They tend to choose the word that can best express their idea and intention. On the other hand, code-switching is also adopted by people with limited knowledge of such languages. 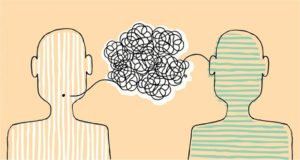 There are many reasons why people code-switch. We will share some of the main reasons which are unintentionally and intentionally.

Multilingual people or a foreigner living in another country, they unconsciously code-switch almost on a regular basis. My mother, for example, would slip into a Teochew (a local Chinese dialect) while speaking Thai without even realizing it. That’s because the subconscious brain takes over. Sometimes, you might find that people code-switch unintentionally only because they were influenced by their peers or the environment.

On the contrary, multilingual speakers consciously use code-switching in order to appear that they ‘fit in’ or that they belong to the society for the ability to converse part of the language. Some even code-switch in order to communicate secret messages only to the audiences who are aware of such code-switching.

You may also like:  How technology enriches our daily vocabulary

The trend in Asia

Code-switching in Asia has become more and more common nowadays. We can see it in our everyday lives such as K-pop megahits “Gangnam Style”, food menu, quoted speech from someone famous, a news reporter using both his mother-tongue language and English in his broadcast, the list goes on. These are more common in countries like Hong Kong, Singapore, and the Philippines. As explained in some articles in our blog, Asians are influenced by Europe one way or another, be it language, food, culture and etc. Code-switching is, therefore, a result of such a mix which allows people to communicate faster, more complex and maybe more efficient. 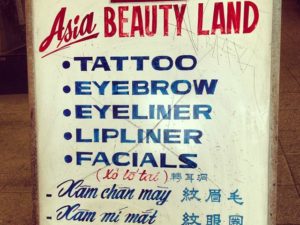 Here comes the tricky part. When dealing with code-switching in translation, not only that a linguist needs to make a thorough translation that transmits every aspect of the source language to the target language. They need to consider as to what extent the code-switching will be translated from the source language to the target language. In addition, they must take the audience into account. The audience could vary from the younger generation to older ones. The linguist’s challenge is how to strike the right meaning that can still be understandable for the wide audiences.

In summary, translating code-switch is another culturally-complex challenge. Again it all comes to the linguist having the experience and thorough understanding of the culture, context of the source language as well as the target language. This sometimes comes from living in both worlds – West and East – and the thin line of being able to balance them in an accurate mixture that transmits the correct message. If you are having a project or encounter material with code-switching, do reach out to us, we are more than willing to tackle that and solve the problem with you.

You may also like:  Thai words that do not exist in English

How technology enriches our daily vocabulary

The connection between languages and memory

Different speed of the Southern and Northern’s dialect in Thailand

Free Quote ขอใบเสนอราคา ฟรี
We use cookies on our website to give you the most relevant experience by remembering your preferences and repeat visits. By clicking “Accept”, you consent to the use of ALL the cookies.
Privacy PolicyCookie settingsACCEPT
Manage consent

This website uses cookies to improve your experience while you navigate through the website. Out of these, the cookies that are categorized as necessary are stored on your browser as they are essential for the working of basic functionalities of the website. We also use third-party cookies that help us analyze and understand how you use this website. These cookies will be stored in your browser only with your consent. You also have the option to opt-out of these cookies. But opting out of some of these cookies may affect your browsing experience.
Necessary Always Enabled

Any cookies that may not be particularly necessary for the website to function and is used specifically to collect user personal data via analytics, ads, other embedded contents are termed as non-necessary cookies. It is mandatory to procure user consent prior to running these cookies on your website.

SAVE & ACCEPT
Request a Quote